How to Detect Fake News 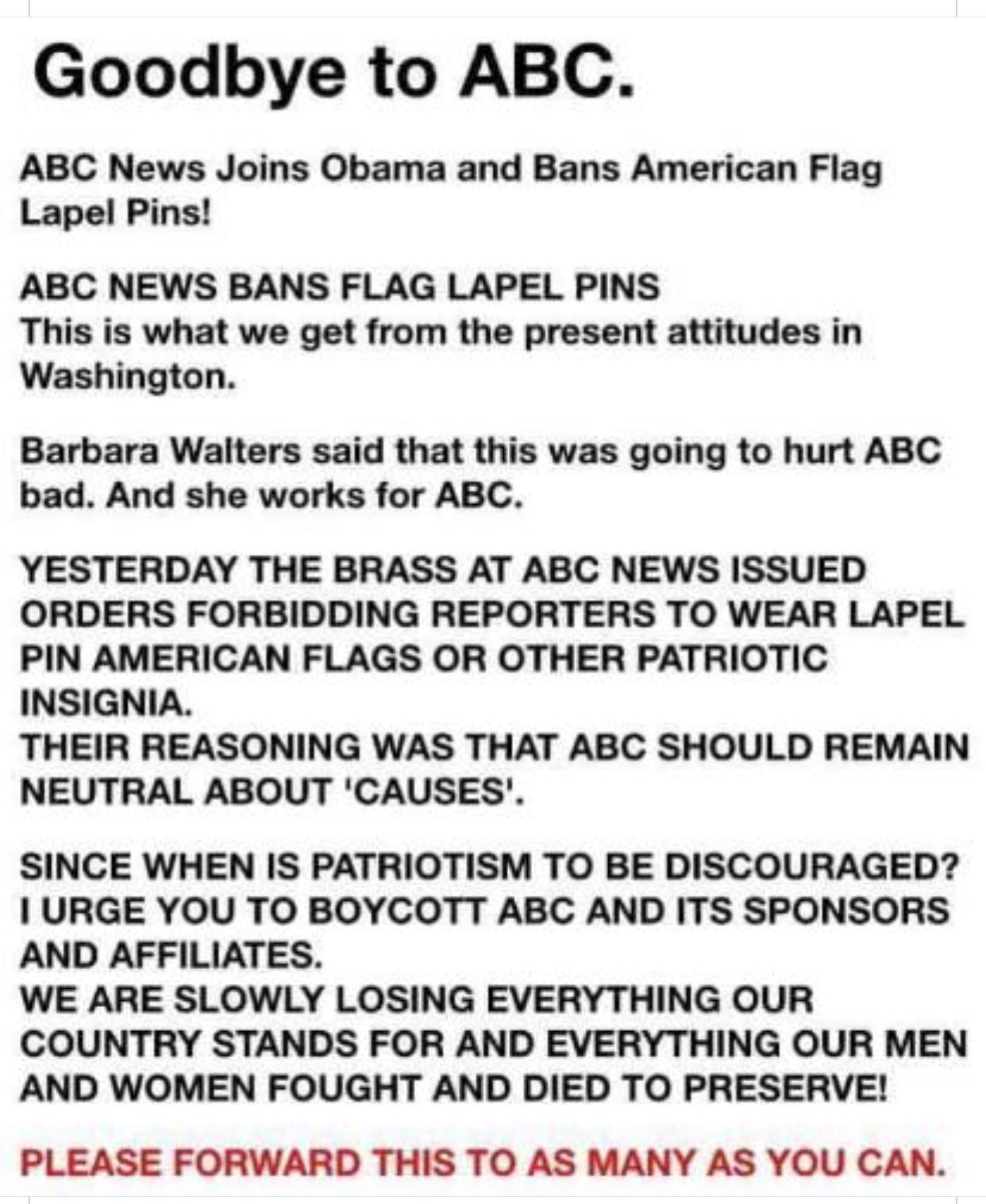 Over the weekend I happened to come across a post titled “Goodbye to ABC” which includes a warning that we are losing “everything our country stands for.” Let’s be clear: Our country is in dire straights and we are definitely witnessing the destruction of foundations that in the past we may have thought indestructible. But one should never post something as fact simply because it expresses our sentiments. So, how does one go about sorting out fact from fiction?

The first thing to recognize about the information above is that it clearly does not come from any kind of news source nor does it have the ring of genuine reporting. It is opinion and sentiment. Granted, journalists have proven their ability to twist facts and even report fake news. But typically, they still retain the trappings of genuine reporting. They might refer to “sources,” and they usually don’t speak in the first person.

Notice, it refers to “Obama.” In the context of this “article,” Obama is used in a pejorative fashion. This tells me that we are more than likely reading a person’s opinion. It seems “current” to a time when Mr. Obama would have been more in the headlines for such things.  There was indeed a lapel pin debacle years ago when he was in office. So, these things taken together cause me to suspect that it is a post that is old.

There are definitely factions in our country today that are against the American flag and our traditional American values. However, a mainstream organization like ABC—if it did harbor anti-American sentiments—would be more likely to to hide those sentiments in favor of trying to convince Americans that the new “values” we see in America are the traditional ones and that the right wing has twisted history.

So, these things are enough for me (because of our current climate of fake news and because Christians have a tendency to “forward and send”) to suspect that it could be false.

I checked Snopes, Truth or Fiction, and Politicfact and all were saying the same thing: This is an old story stemming from 9/11—even further back than Mr. Obama’s presidency! From those searches I found a quote from then ABC News president, David Westin, claiming the policy had already been in place even before September 11, 2001. In an interview, he said,

It came up while I was in the control room. As you’ll recall, we were on the air for about four and a half days straight — 24 hours, seven days a week with no commercial interruption or anything else. There was constant reporting coming in during that time and we were having to make decisions about what to do and what not to do….

They came to us and said, “We are being asked why we’re not wearing lapel pins,” because a number of other outlets, particularly cable news, were. Fox News in particular had integrated the American flag into the backdrop and bumpers and teases and everything else. And we’d long had a policy at ABC News that we wouldn’t let people wear any lapel pins of any sort. The theory being that when you’re reporting the news, you should be reporting the news, not taking a position. I said quickly, “We’re going to stick with our policy and stand by that.” I believe to this day that was the right decision.

Still think somebody doctored up that quote in order to further a left-wing agenda? Hear Mr. Westin say it on video from 3:42 into the video to 4:48.

Look, from my perspective, there are already many reasons not to watch most of what is on television. But when Christians post eighteen-year-old fake stories as though they were published yesterday, we look foolish. To a culture that thinks it thinks, we look like people who don’t.

If your approach is to say, “Whether it is true or not they are still bad, so I’m posting it.” then you are irresponsible.